Tickets to visit Alhambra from Almeria with official guide

Join a Group and visit the Alhambra including Tickets, Guide and return transport from Almeria. Departing from Almeria we will pass through Tabernas Desert in direction to Granada.

2 in 1: Discover the fascinating city of Granada and visit the most important monument of Spain in one day!
Accept 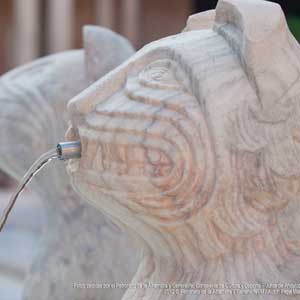 With this full-day excursion you will discover the cultural and monumental essence of eastern Andalusia. The UNESCO World Heritage-listed Alhambra and Generalife complex is one of the most beautiful workings realised during the Middle Ages in the Iberian Peninsula. The monument is historically and culturally conected with Granada city. Last resort of the Catholic Kings, Granada stands out with its rich historic, cultural and natural heritage.

The tour includes the tickets for all parts of the Alhambra complex, the official guide who will accompany you during the whole morning and the return transport to Almeria city center. 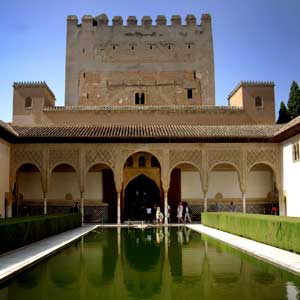 We will show you the most important parts of the Alhambra, including the Generalife Gardens, so that you will not miss any detail. We will visit the Alcazaba, the Palace of Charles V, Mexuar-Oratorio, Patio de los Leones, Fachada de Comares, Patio de los Arrayanes, among others...

The guided tour will last aproximately between 2,5 and 3 hours and will be in English.
After visiting the Alhambra the bus will bring you down to the historic city centre where you will have time to make some shoppings and have lunch. Later in the afternoon we return to Almeria.


What is included in the price?

Your booking will be automatically confirmed. Once completed the booking form you will receive the confirmation and voucher in your e-mail inbox. The voucher has to be presented on the day of the tour. Ocassionally, the tour will have to be done in two languages, however, the group's size will never exceed 30 people.
You can pay with your credit card (VISA and MasterCard) or bank transfer.

Pick-up from your hotel in Almeria